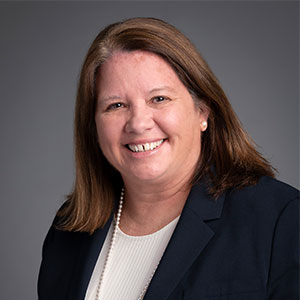 As Vice President of Public Policy, Maureen works to advance the mission of CFP Board by advocating its public policy positions before Congress, the executive branch of the federal government, state legislatures and other state governmental offices.

Prior to coming to CFP Board in 2017, Maureen was known around Washington, D.C. and nationally as a champion for consumers and investors. She was often cited by policymakers and the media as a highly-regarded advocate for working families, the elderly and other groups that do not often have a voice on Capitol Hill or in the White House.

Previously, Maureen was a senior principal in The Hastings Group for over 26 years. There she built a highly successful government relations and coalition building practice and was involved with a wide-variety of high profile public policy issues including the Dodd-Frank Act and bankruptcy reform. She also led and managed the Save Our Retirement coalition of 75 organizations in support of the Department of Labor’s fiduciary rule to protect American retirement savers from conflicts of interest.

Prior to founding The Hastings Group, Maureen served as a legislative and policy adviser to the North American Securities Administrators Association (NASAA), working on a variety of financial services reforms to benefit the American public.